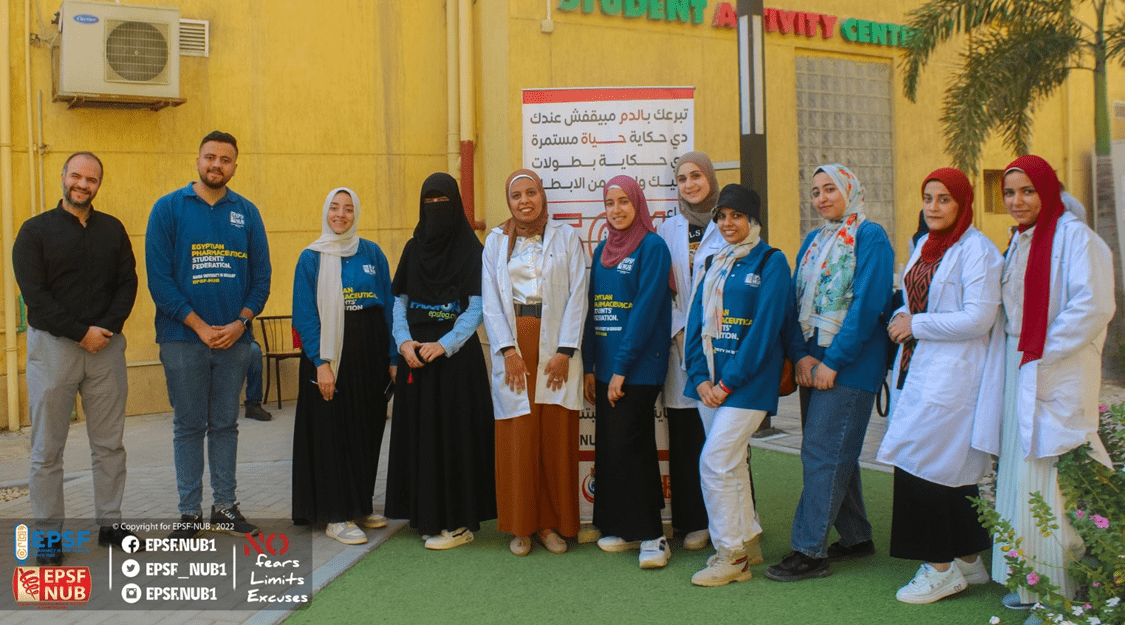 The Egyptian Pharmaceutical Students’ Federation at Al-Nahda University EPSF-NUB organized an awareness campaign about blood donation, under the slogan (I am a permanent donor … the story of donation never ends) to introduce the principle of the permanent donor to reach self-sufficiency in blood bags in line with Egypt’s vision 2030.

The Campus of Al-Nahda University hosted the campaign for two days, in the presence of Alaa Kandil – Public Health Officer of  The Egyptian Pharmaceutical Students’ Federation (EPSF). On the third day of the campaign, the members of the Egyptian office of the Union of the Faculty of Pharmacy of Al-Nahda University went to the Al-Nahda Private School in Beni Suef, To explain the concept of the campaign and to consolidate the idea of blood donation among students, The students of the Scientific Society continued their campaign for the third day, as it was in the sports club in Beni Suef, in cooperation with the club’s management and in the presence of the club’s president, and the members of the board of directors. On the fifth day, the campaign went to the village of Abouit, Al-Wasta Center in Beni Suef Governorate, to educate the villagers about the idea of a permanent donor.