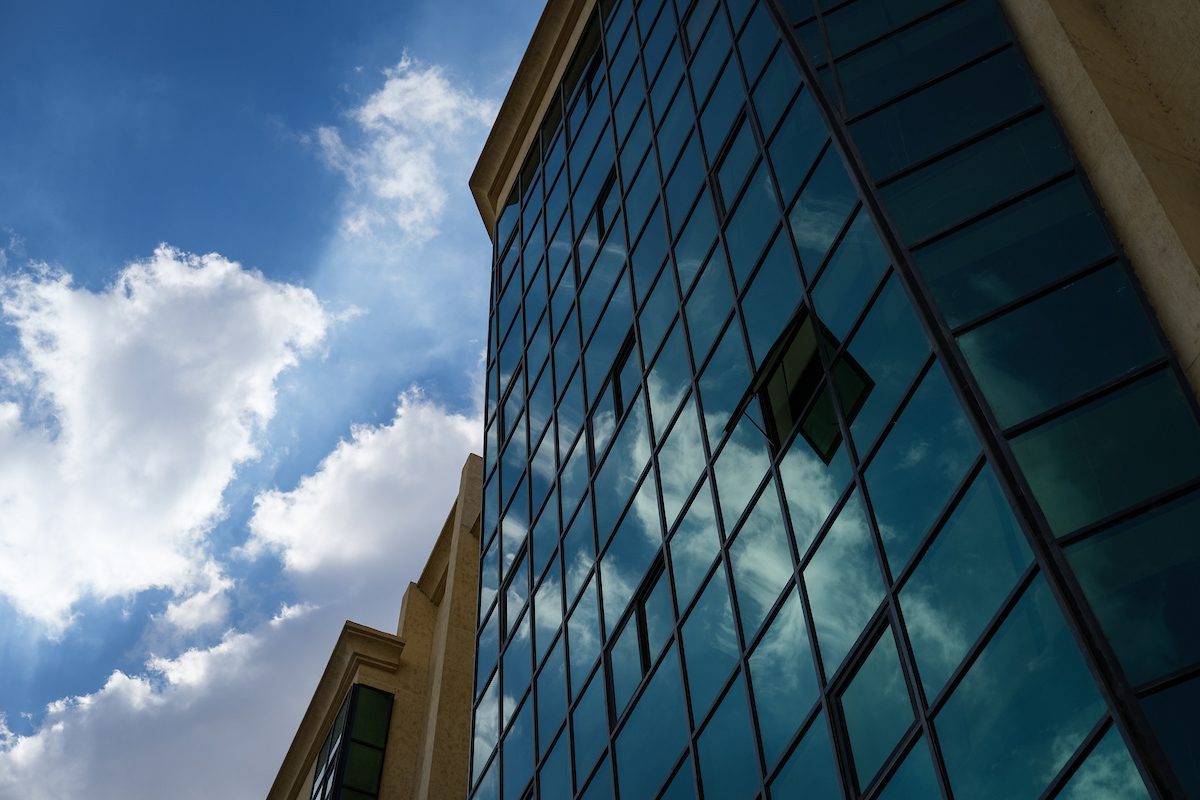 Dr. Mohamed Lotif – Secretary of the Supreme Council of Universities during his speech on behalf of Dr. Khaled Abdel Ghaffar, Minister of Higher Education in partnership with Vienna International Medical University, praised that Vienna Medical University is one of the largest medical schools in the world, noting that the world is developing rapidly and the education system It must fit this development, Skills for the current labor market and future jobs must also be provided.

In his opening speech, Eng. Muhammad Al-Rashidi – Chairman of the Board of Trustees of Al-Nahda University expressed his happiness at the ministers and governors attending the opening ceremony of the Faculty of Medicine, where he welcomed the ministers and governors, Dr. Khaled Al-Anani – Minister of Antiquities, Dr. Ashraf Sobhi – Minister of Youth and Sports, and Dr. Alaa Abdel-Halim – Governor of Qalioubia, as he welcomed the members of parliament,  the university professors, deans of faculties, and the board of trustees of Al-Nahda University.

Al-Rashidi added that, given the importance of the task entrusted to us, we have worked to develop laboratories and halls at the university, and a year and a half ago we established the largest hospital specializing in dental treatment in the university, which includes 340 dental clinics, and receives 42 thousand cases for free per year.

Eng. Muhammad Al-Rashidi pointed out that the University’s Faculty of Mass communications and Public Relations launched the Falseo platform, which began work last April, it is a media platform for monitoring and analyzing rumors, He added, “It was the 5400 news platform at the level of the republic, but today the site is progressing greatly and is approaching the 50th at the republic level, and this reflects the quality of the service it provides to the public in countering rumors and proves the credibility of the site.”

He explained that Al-Nahda University celebrates the inauguration of the Faculty of Medicine in partnership with the Medical University of Vienna, which is the oldest university in Europe for 750 years, pointing out that he wanted from behind this a real partnership with a large and strong university, noting that the university is building a specialized hospital with 300 beds in cooperation With the Ministry of Health, in addition to a partnership agreement with the Ministry of Health to develop Beni Suef Hospital.

Dr. Hussam Al-Mallahi – President of Al-Nahda University stated that the university has accomplished many works in developing Beni Suef and its surrounding fields, explaining that the university has 6 facultys and it is a 15-year-old, adding, “We obtained a decision two years ago to establish the faculty of Medicine in partnership with the oldest medical university in Europe, established for 750 years, the journey is long and not easy, and we insist that our graduates be among the best graduates in the medical and Therapy field in Egypt.

Al-Mallahi added that the university is building, in addition to the specialist hospital with a capacity of 300 beds, health units in the villages of Beni Suef for students to train in. It has also established a partnership with the Central Hospital of Beni Suef Governorate and another partnership with the University Hospital at Beni Suef University, with a total number of 1,200 to 1,300 beds for training the students.

Al-Mallahi pointed out that Al-Nahda University continues to achieve the progress it desires at the level of various facultys, and that it has already launched for the world through the cooperation agreement it signed with Medical University of Vienna and the rest of the cooperation agreements that were signed with international companies to train students and refine their skills.

He emphasized that the educational experience and scientific knowledge of the University of Vienna is ready for use in the Faculty of Medicine of Al Nahda University, such as lectures and study materials, and the training of staff and assisting staff on the latest practical and educational medical developments, adding, “The biggest goal is to help the team of Al Nahda University towards success and finally we congratulate you and congratulate ourselves on this successful cooperation. .

The opening ceremony was attended by Dr. Khaled Anani – Minister of Antiquities, Dr. Ashraf Sobhy – Minister of Youth and Sports, Dr. Alaa Abdel Halim – Governor of Qalyubia, Dr. Adel Al-Adawy – Former Minister of Health, Dr. Mohamed Lotif – Secretary of the Supreme Council of Universities, and Elsayed Atta, Head of the admission Office at Universities and Institutes At the Ministry of Higher Education, Dr. Siddiq Abdel Salam – Secretary General of the Council of Private Universities, Dr. Muhammad Othman Al-Khosht – President of Cairo University, and Dr. Adel Abdel Ghaffar – Official Spokesman for the Ministry of Higher Education and Dean of the Faculty of Mass communication at Al-Nahda University.

The ceremony was supervised by Ms. Nihal Ahdy – Director of Marketing and Public Relations at Taaleem Company.

Eng. Muhammad Al-Rashidi – Chairman of the Board of Trustees of Al-Nahda University

A representative of Medical University of Vienna during his speech

Dr. Mohamed Lοtif – Secretary of the Supreme Council of Universities gives his speech

A side of the attendees 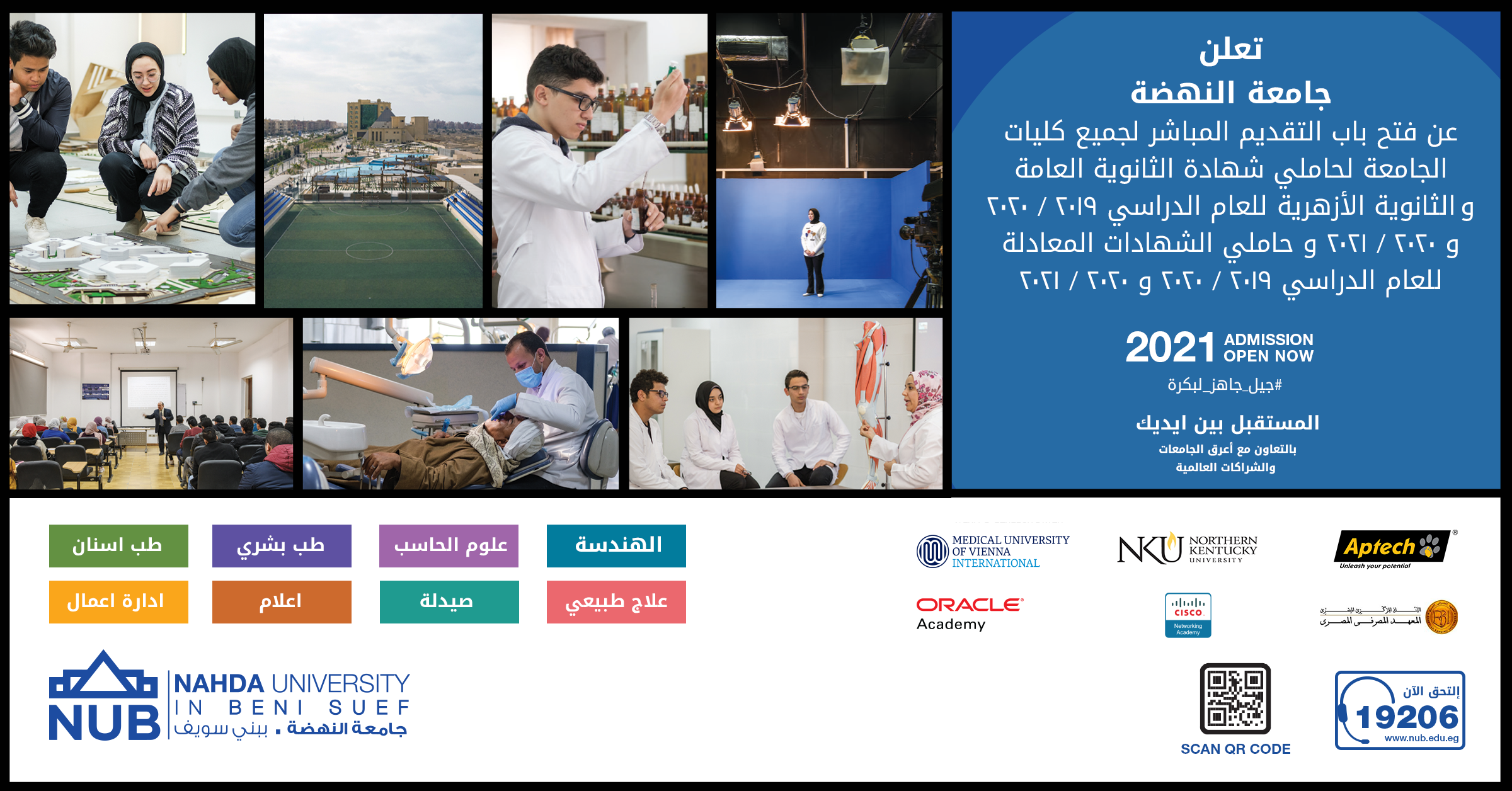