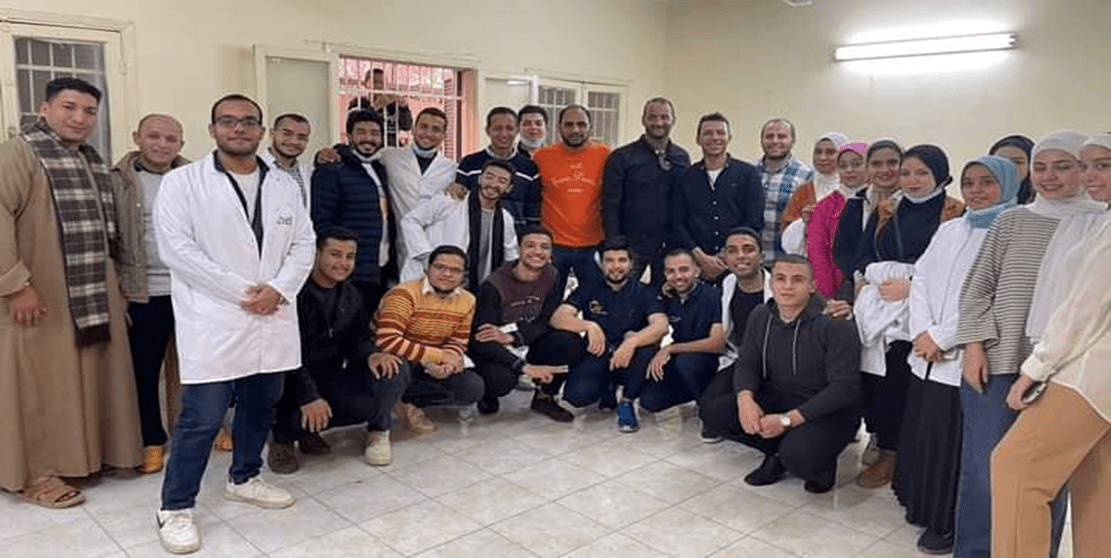 Within the framework of the role of Al-Nahda University in community service, and its keenness to help the people of the remote villages and the most in need, the Faculty of Oral and Dental Medicine organized a medical, curative and educational convoy for the village of Bani Ahmed in Biba at Beni Suef Governorate, where the convoy focused on two aspects, one of which is the signing of a medical examination for the villagers and the diagnosis of more than From 100 cases of adults and children, minor problems are dealt with through the convoy, and more difficult cases are transferred to the Oral and Dental Hospital at Al-Nahda University and follow-up on the case for free. The other side focuses on educating the villagers about oral and dental health and how to prevent various oral diseases.

Many students, teaching assistants and interns at the university participated in the convoy. The students participating in the convoy confirmed their happiness with the assistance of the people of remote villages who are most in need and who face difficulties to come and receive treatment in the hospital, in addition to the new students acquiring the experience of communicating with patients.

Prof. Dr. Mohamad Galal Hassan Shehata – Dean of the Faculty of Fine Arts, Al-Nahda University, inspected the activities of the engraving and prominent printing workshop for first-level students in the faculty, which is supervised by the artist, Dr. Mohamed Attia – a teacher in the Department of Visual Arts, who is considered one of the most prominent artists of drawing, engraving, and printing in Egypt.

Dr. Mohamad Galal expressed his happiness with the level of the students, in which he noticed remarkable progress over the past two months.

His Excellency also stressed the keenness of the faculty and its council to raise the level of students artistically through their actual practice of all forms of arts, whether through the staff of the Faculty or with external technical expertise, which the Faculty and the university are working to host for our students. 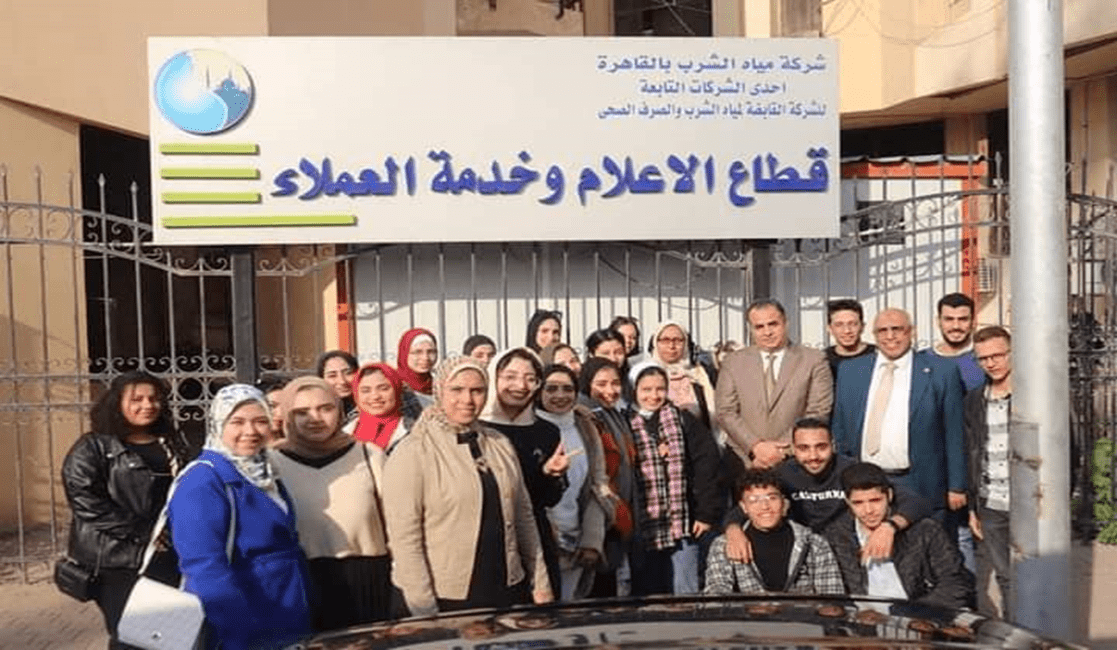 The Faculty of Mass Commnication and Public Relations at Al-Nahda University organized a field visit for fourth year students at the faculty to the Holding Company for Drinking Water and Wastewater in Cairo, under the supervision of Dr. Mervat Abdel Hamid and Dr. Amira Amir, and they were received by Major General Muhammad Kalboush – Head of the Media and Customer Service in the Sector building in Abbasiya.

They were also briefed on all the systems and mechanisms that are used in dealing with print, audio and visual media, how to manage the mental image of the company, as well as the method of dealing with complaints and requests received from customers via the hotline 125, in addition to the systems used in managing and operating workers to achieve the highest levels of performance. 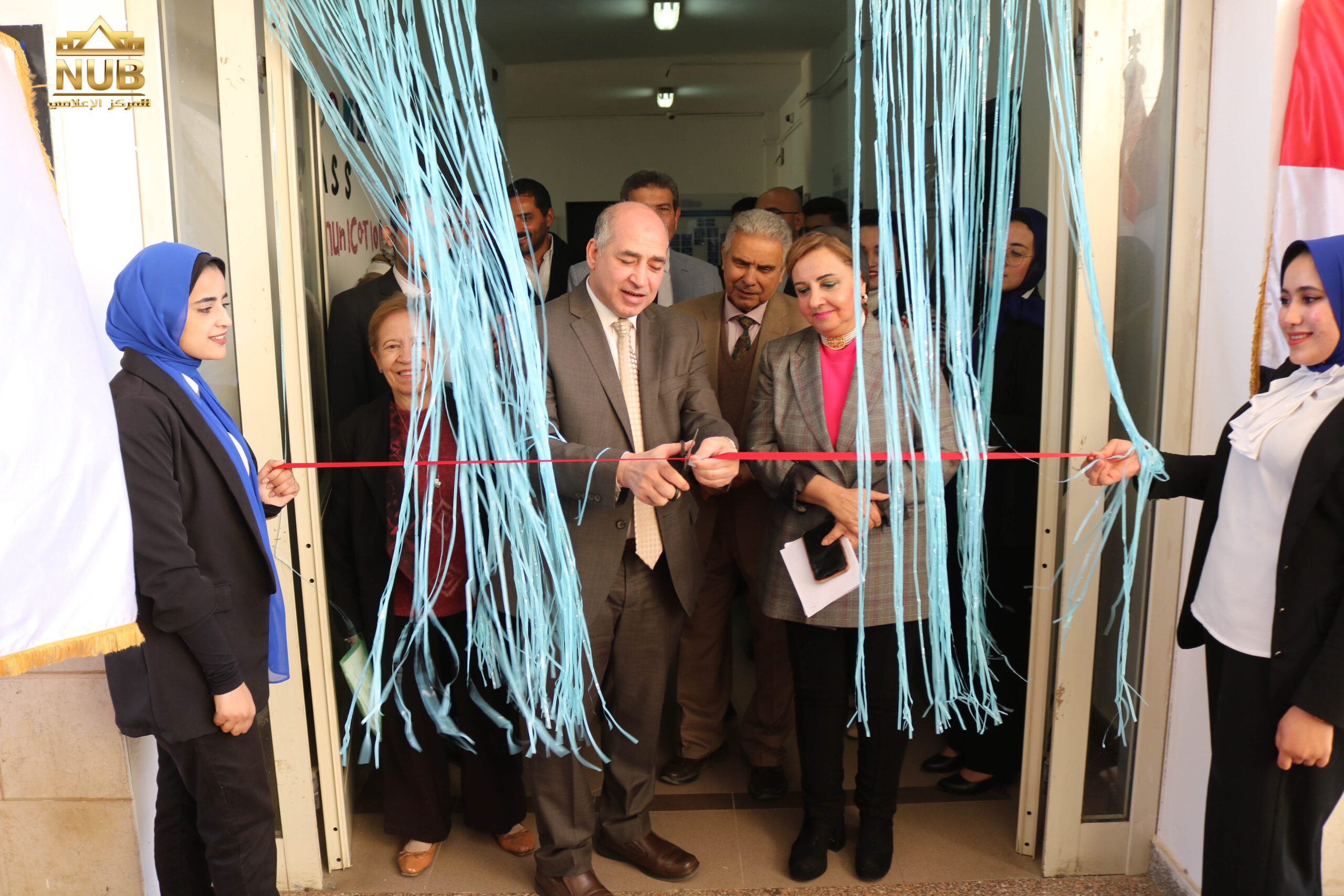 On Tuesday, December 27, 2022, Al-Nahda University witnessed the inauguration of the Cinema Club at the Faculty of Mass communication and Public Relations, to spread cinematic culture among its students and increase their awareness of the elements of cinematic production. This is under the auspices of Prof. Dr. Hossam Al-Malahi – President of Al-Nahda University, and the supervision of Prof. Dr. Heba Al-Semry – Dean of the Faculty of Mass communication and Public Relations, and in the presence of Prof. Dr. Magdi Abdel Qader – Vice President for Education and Student Affairs, The Deans of Faculties, The Secretary-General of the University, and the Director Mohab Zanoun, and Director of photography for the movie “Mayt Al-Hajar”, Mr. Mustafa Yehia.

The inauguration of the Cinema Club began with the screening of “Mayat Al Hajar”, a documentary film about the manufacture of replica and alabaster carving in Egypt, the oldest Egyptian industry known to history and Its secrets were preserved by the Pharaohs, and it was inherited by the descendants from the people of the ancient village of Qurna, and the film won the admiration of the audience.

In his speech, Prof. Magdy Abdel Qader – Vice President of the University expressed his happiness with the opening ceremony, praised the idea, and stressed the significance of the Cinema Club for the media student, which will contribute to increasing his artistic awareness through events and activities that will be held during the academic year.

Prof. Dr. Heba Allah Al-Semri – Dean of the faculty congratulated the students and greeted and appreciated the guests of the opening ceremony, and thanked the university leaders for the full support To the Faculty, and the extent of their keenness to provide all the capabilities that allow students an academic and training level of high quality, She expressed her gratitude to Mirna Adel Hanna, the demonstrator who organized The Cinema Club, and the students who organized the ceremony for their fruitful cooperation and Properly directing the opening ceremony.

Al-Semari explained that the Cinema Club aims to present film screenings on a weekly basis, and to host filmmakers, film critics, and specialists to open a discussion about different filmmaking techniques and various film schools around the world, As well as in order to shed light on different types of films, whether documentaries or narratives, local or international, old or modern.

The Dean of the Faculty of Mass Communication expressed her great admiration for the opening film, “Mayt Al-Hajar”, and described it as a well-made and integrated work. She indicated that the late great journalist Mufid Fawzy described it as an artwork that incites belonging, and praised the film’s elements of script, rhythm, and photography.